Chat with us, powered by LiveChat
Uncategorized
August 6, 2019 by Dylan 0 Comments

Is Marijuana Legal In Florida?

Back in 2016, a large majority of voters in Florida affirmed a constitutional amendment meant to legalize the use of marijuana for medicinal purposes. The then Governor Rick Scott signed it in 2017 and declared the forms of medical marijuana permitted for use. According to him, cannabis concentrations like tinctures, topicals, capsules and vapes were allowed but the law prohibited the use of smokable weed in the state.

However, after two years, the Florida residents got their way when the Governor signed the legislation removing the ban and legalizing the smoking of medical marijuana in Florida. The bill permits patients above the age of 18 years to buy 2.5 ounces of cannabis flower every 35 days.

According to this bill, patients below the age of 18 can also use smokable medical cannabis if they are diagnosed with a terminal illness after getting a second opinion from a physician. The bill also requires patients to sign a consent form that acknowledges the health risks of marijuana smoking.

The Legalization of Medical Marijuana in Florida

In the two years between 2017 and 2019, groups supporting medical marijuana argued that cannabis concentrates might not work for all patients. The legislation ensures that it is legal for doctors in Florida to prescribe smokable marijuana to people for whom it is necessary. According to the new law, smokable medical marijuana will not be available to people under 18 unless a terminal illness is identified by two doctors.

Other limitations include ban in public and private business places subject to cigarette smoking ban. The legalization of medical marijuana demonstrates that the state does not disregard the voice of its people. It allows people to access the best medicine for their health conditions in the form their doctor determines would work for them. Patients can now purchase smokable weed from licensed dispensaries if they are prescribed by the doctor and avail its beneficial effects for a variety of health conditions.

Qualifying Conditions for the Use of Medical Marijuana in Florida

In the United States, more than 30 states currently permit medical marijuana use for a number of health problems. Every state has its own list of qualifying diseases and they vary across the country but a general requirement is that the doctor must certify the patient’s diagnosis.

The most common condition people describe when enrolling in the state-approved medical marijuana program is Chronic Pain. The qualifying conditions that make a person eligible for medical marijuana use include Epilepsy, Cancer, Glaucoma, Parkinson’s Disease, HIV/AIDS, Crohn’s Disease, Post Traumatic Stress Disorder, Multiple Sclerosis and Amyotrophic Lateral Sclerosis. Apart from these, medical conditions similar in nature to those in the list are permitted.

A terminal illness identified by a doctor other than the physician approving marijuana use is also valid. Other conditions include chronic non-malignant pain associated with a qualifying condition persisting beyond the normal course of the condition.

How to Get the Florida Medical Marijuana Card

According to the law, a doctor licensed for certification of medical marijuana use is allowed to decide what conditions are comparable to the qualifying diseases. For example, your physician may determine that chronic pain, anxiety, depression or some other health condition compare to the list of conditions or they are responsible for non-malignant pain and may advise the use of medical marijuana to the patient.

Those who are interested in using medical cannabis for the alleviation of symptoms like nausea, pain, suppressed appetite or others associated with health conditions can apply for medical marijuana card in Florida through a streamlined process.

The toughest part of getting the medical marijuana card is having the doctor identify that you are eligible for the program. To enrol for the program, you can fill out the registration form available to Florida residents. Patients can obtain their medical records from their physician showing they are affected by a condition qualifying for the use of medical marijuana and book an appointment with a doctor certified for issuing marijuana cards. Patients should also show that they have tried other available treatments for their condition and they did not work.

The Department issues the medical marijuana card to the patient who can use it to purchase medicinal cannabis products from dispensaries. This process can take anywhere from a month to 3 months to complete. Every 30 weeks, the person should be re-examined by the physician for the renewal of the card.

Between 1978 and 2014, many attempts were made to legalize medical marijuana but they were in vain. It was in 2014 that the ‘Charlotte’s Web’ bill was passed by the Florida legislators regarding the use of low-THC extracts for the treatment of a number of serious health conditions like epilepsy. The program was expanded in 2016 to permit the use of medical marijuana for patients with terminal illnesses without any restriction on the THC levels. It was until July 2016 that no cannabis dispensary was opened in Florida. In the same year, advocates could get the 2014 Compassionate Medical Cannabis Act passed. This bill fell short of positive votes required to pass the amendment.

In 2015, several municipalities including Orlando, Tampa, Miami-Dade County and Key West started permitting officers to cite people possessing cannabis rather than arresting them. Finally, things began transforming when, in 2016, Amendment 2 was passed with 71 percent vote. This legislation governed a complete medical marijuana use program. A special session was held to pass a bill for regulations governing the use of medical marijuana like growing cannabis at home and buying dried flower.

In 2017, the Legislature passed a bill to ban the use of smokable marijuana and two other bills decriminalized the possession of minor quantities of marijuana. Last spring, Leon County Circuit Court Judge was brought a case on behalf of two patients challenging the legislature’s action restricting people’s options. The judge said that patients suffering from debilitating medical conditions could use smokable medical marijuana as recommended by their physicians.

The Senate Bill 182 amending the medical marijuana program was passed in March 2019 coming into effect immediately. According to the law, patients can visit their doctor certifying for the card to receive the addition of smokable flower to the prescription. Depending on the condition of the patient, the doctor can approve or refuse the addition of flower. The approved patients can buy 2.5 ounces of bud every 35 days from licensed dispensaries. One can buy smoking weed accessories at marijuana dispensaries to smoke medicinal cannabis. These accessories are also available at stores selling pipes and bongs.

The bill outlined some important things –

The drug possession laws in Florida are unaffected by the new amendment. Recreational marijuana is legalized in 10 states of the U.S. But all forms of recreational marijuana remain illegal for possession at the federal level. Possession of 20 grams or less of marijuana is an offense punishable to a sentence of 1-year imprisonment and a fine of $1000. Possession of more than 20 grams of cannabis is an offense that comes with a fine of $5000 and 5-year imprisonment. Sale of weed is also offensive and it is punishable by a sentence of 15 years imprisonment and a fine of $10,000. However, certain municipalities have chosen to decriminalize the possession of marijuana. For example, Orlando permits police officers to cite the offenders rather than arresting them. An officer can opt to write a citation with a fine of $100 for a first-time offense and more for the subsequent offenses. Many other municipalities still treat marijuana possession as an arrestable offense.

With the Florida authorities liberating the cultivation, sale and use of marijuana in its different forms, there is increased hope for those who want to use it as a natural, effective treatment for various health conditions. Considering the fact that other medicines produce a number of adverse effects on the body, the interest in marijuana has risen over these years. The marijuana industry, as a whole, is taking initiatives to insist on companies to take measures regarding the provision of high-quality cannabis products to benefit people interested in trying this magical herb. 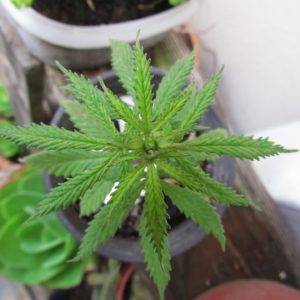 CBD For Irritable Bowel Syndrome (IBS) – What You Should Know?

There are a number of reasons why the network of Green Health Clinics are preferred in Florida. The Green Health team works daily to satisfy the needs of patients, improve services, and educate the public about alternative health care.
Read more...